I contacted Jackie Lo roughly a week ago via email regarding this issue but as I haven't got a response, I try here.

Roughly a week ago I was updating some custom shaders I had created with SW ~1 year ago with Unity 2018, but for some reason I got a big list of errors and the SW shader broke and I had to rely on version control to revert the changes. This issue occurs with Unity 2019.1.8f1. I looked into this issue in more detail and the same problem occurs also with the example shaders which comes with SW. I use the latest version of SW (v1.5.0) and I also tried to re-import the SW few time but the problem persists.

Attached is a screenshot about the problem. There I opened Tutorial17 - Dummy Node outline1 shader with SW and applied "Update" in the SW editor. It seems that this issue occurs only with sprites/sprite sheets.

I hope someone could help me on this as soon as possible as I'm relying on the SW at the moment for creating shaders for my game. 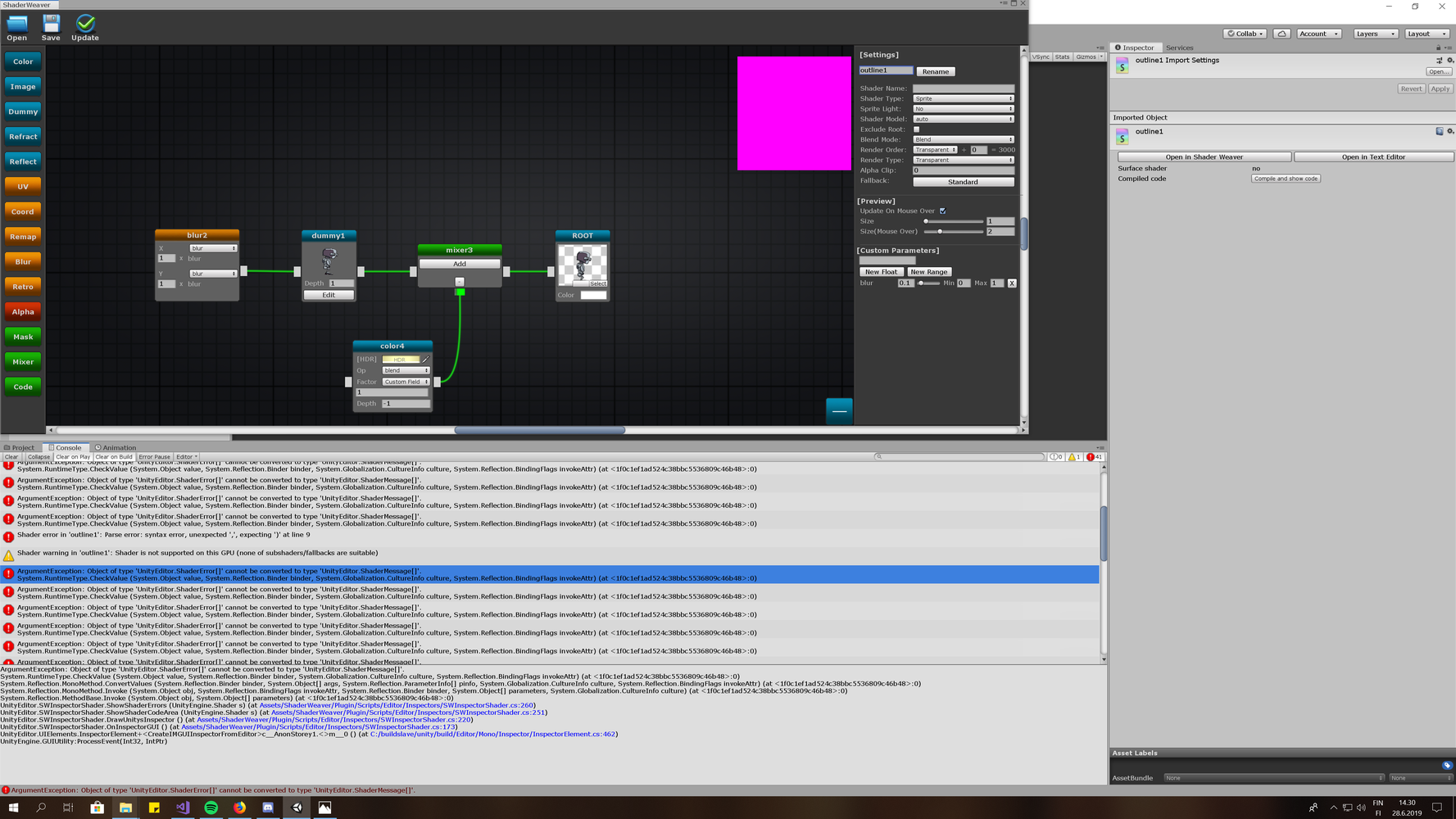 This is a string parsing error which might due to .Net 4.x in  some perticular circumstances.

It has been fixed in the up-coming Shader Weaver 1.6

0
Under review
jackielo 9 months ago

I am working on it.

Would you please provide your build target setting and console log screenshot ?

It is hardly to see the log from the image above.

Build target is Android (GLES 3.0) and I also took a screenshot of the build target settings.

I send the screenshots to you via email.

I just tried 2019.3 with targeting Android, and can not repeat the problem.

I did the points 1-3 and now I got a different error. Now there is a single parse/syntax error in outline1 shader after pressing update.

I sent the screenshot of the inspector and the console via email to you.

This is a string parsing error which might due to .Net 4.x in  some perticular circumstances.

It has been fixed in the up-coming Shader Weaver 1.6